Skip to content
My Jamaica, My Scotland – A Journey of Discovery

My Jamaica, My Scotland – A Journey of Discovery

“I was born in Jamaica but made on three continents – Africa, the Americas, and Europe.” Never have these words been as true as in my case. I have always been intrigued how, as a black Jamaican-born woman, I became endowed with a name so strongly steeped in Scottish history. Being registered at birth with a first name of Melrose, a maiden name of Stewart, and acquiring the Scottish name of Fraser by marriage, suggest that my Scottish connections are much more than mere coincidence. 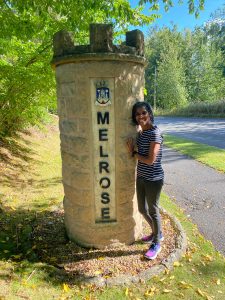 Entry Stone to the town of Melrose in the Scottish Borders

Furthermore, without conscious thoughts of ancestry or its significance, my husband and I named our son Cameron! It was therefore perhaps pre-ordained that, in the run-up to Black History Month 2021, I would finally go in search of my roots in Scottishness.

When I first entered ‘Melrose’, the beautiful town nestling in the Scottish Borders with its famous abbey, and my namesake, it felt like a homecoming. 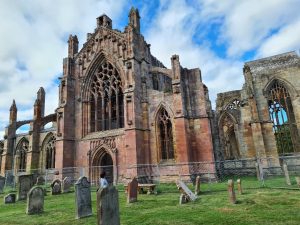 Apart from Melrose Abbey, Melrose, an ancient settlement on the River Tweed, holds numerous attractions for any visitor to Scotland: Harmony Gardens, the Triple peaks of the Eildon Hills, Abbotsford House – home of Sir Walter Scott, and the River Tweed Walking Circuit. Not least, Melrose is also host of the famous Melrose Rugby Sevens – the oldest rugby competition in the world. However, much less explored are its barbarous historical links with the enslavement of my ancestors in Jamaica.

Robert Waugh was a friend of the famous Sir Walter Scott, who lived in the vicinity and who, it is said, received financial support from Waugh when he faced financial ruin. 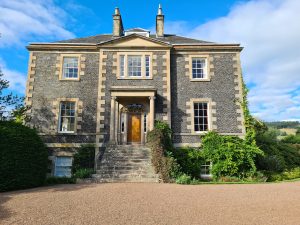 Waugh was a local joiner who made his fortune from pimento plantations in Jamaica. The Melrose Estate in Manchester, Jamaica, still exists. Records found identify its ownership against the said Robert Waugh, attorney, in 1816 and 1817.

I wonder if this is how the name ‘Melrose’ first came to Jamaica?

Not only did Waugh profit from enslavement but, like so many, he was compensated for his losses when slavery was abolished!

Views from the landmark Chain Suspension Bridge in Melrose are breath-taking. It is understood that it too benefitted to the tune of 30 shares from Waugh’s estate for its upkeep. 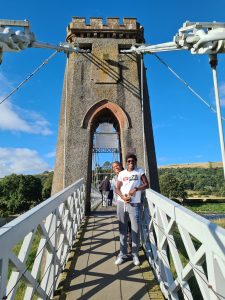 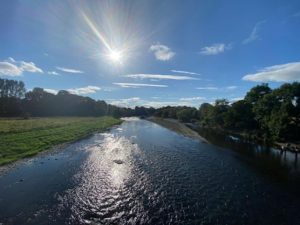 By virtue of the way in which millions of my enslaved predecessors were uprooted, transported and killed during numerous transatlantic slave crossings, it is conceivable that I may never be able to explore my true African ancestry as I am now exploring my Scottish past. The level of destruction of my African heritage, village and community histories, and even elimination of the indigenous names, is incalculable.

I may never know how many of the enslaved in Jamaica were robbed of their lives by plantation owners accumulating wealth for the benefit of themselves and Scotland.

Neither will I know the extent to which the building of monuments, such as the one of Bonny Prince Charlie in Glenfinnan, profited from their ordeal. 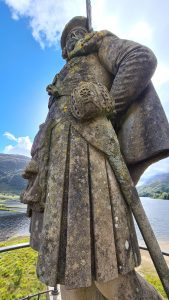 In contrast to seeing evidence of my past in Scotland, including the burial ground surrounding Melrose Abbey where Robert Waugh lies, I know that I may never be afforded a similar vision of the ruins of my African ancestry, although my atavistic urge in that direction remains the same. The existing portals of Melrose Abbey remain highly protected and are being carefully and meticulously restored – action seen as key to its survival and reflecting its significance to Scottish history. I wait in hope rather than expectation that the reparation and rebuilding of the remnants of my Jamaican and the wider Caribbean historic past will be accorded the prominence that they too deserve.