Skip to content
Old, senior, elder - Are you referring to me? 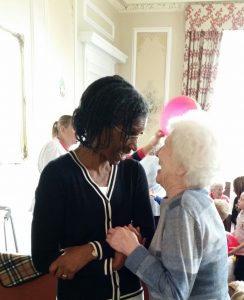 I am an “older person”, but older than whom? Older than everyone younger than me, of course!

So why refrain from saying ‘old’ when we readily use ‘young’ to mean the opposite? Put simply, it is because of the fear of causing offence. This is not surprising, given how the term “old” is used in our society to exclude, discriminate against and stereotype older people. Surprise, and worse, are often expressed when individuals behave and dress in a manner inconsistent with what is perceived to be appropriate for their age (e.g., “mutton dressed as lamb”; “no longer a spring chicken”).

Anxieties and discrimination about giving your age

Against this background, unsurprisingly, older adults are often very reluctant to “confess” their true age and it must be coaxed from them like a guilty secret. They sometimes experience anger and trepidation if it becomes known inadvertently. However, virtually every elderly person appears delighted and accepts it as a compliment whenever someone guesses their age to be lower than it is.

Jan Leeming recently noted in Woman’s Hour the tendency of older women to understate their age on dating sites. She highlighted the proven fact that men within their age bracket are almost invariably seeking younger women (which provides a motivation for the men to understate their age too). And the mysterious banishment of most female stars from our TV screens as actors, experts, newsreaders, even weather women, once they hit 55 provides a (further) compelling reason for their reticence about their age.

Profits and investments in the plastic surgery and cosmetic surgery industries are evidence enough of the lengths to which individuals will go in their quest to regain and/or retain the appearance of perpetual youthfulness.

An adult, living a life free of discrimination because they are old is an important protected characteristic under the Equality Act 2010. Yet, time and time again, the older population face discrimination in areas such as housing, sport, access to health care and, not least, in the use of offensive, discriminatory language. Brad Meisner has shown how generalisations regarding chronological age and COVID-19 have recently exacerbated ageism on social media. It has exposed ongoing tensions between the ‘Millenials’ and ‘Baby Boomers’ generations in ways that are generally negatively targeted against the older generation.

If we are to defeat ageism, we must change the reluctance to see old age as a positive stage in life.

Many older people are biased.

Should you be really doing that?

Alternatively, if on reaching later life, an enterprising and adventurous old person wishes to run a marathon, take up gymnastics, or indeed try to take up any of the myriad of skills that eluded them in their earlier life, why should they not? Developing new skills or picking up a new challenge in old age should not be beyond the realm of possibilities for the older generations. Yet, I can already hear the sharp intakes of breath as people’s skepticism and misgivings rush to the fore: Are you serious? Shouldn’t old people be more careful? Questions such as

Shouldn’t you check with your doctor first? And ‘Is this a good idea at your age?’

The way we view old age is deeply embedded in culture but, unfortunately, it also often arises out of negative stereotyping. Unless we heed how we are ageing differently due to lifestyle changes, shifts in working patterns, etc., and change attitudes and behavior accordingly, then biases and discrimination are set to continue.

At any stage of life, decisions about taking up new physical and mental challenges should be based on informed choice and consideration of factors relevant to achieving successful performance and outcomes. Biomarkers and comorbidities, including: obesity, high blood pressure, diabetes and arthritis are often cited as important predictors of health and factors affecting longevity. Ian McDonough and Rebecca Allen identify how potential factors may impact differently on individuals based on genetic, environmental, social, emotional, and behavioral entities. Nonetheless, instead of being adopted as a baseline measure, age is often forwarded as a deterrent, often borne out of prejudices, stereotypes and myths surrounding ageing. Whilst acknowledging identified pathologies, for example sarcopenia, might be related to the ageing process, the time has come to refrain from using them in defining the ultimate capabilities of older people and in limiting their capacity to fulfil their untapped potential.

Whatever term is used to portray old age, if it is used negatively to undermine, and to discriminate, it should always be challenged.

The term ‘old’ should not be avoided but, rather, used to positively reinforce having the privilege of living and experiencing decades of human life.

A cultural shift in changing negative attitudes about getting old requires a shift in mindsets, particularly through education. Understanding that old age is not equivalent to a downward spiral and that mental and physical agility may be enhanced at any age is a fact worth broadcasting.

Adopting motor and cognitive challenges to build physical and mental strength is not the exclusive province of the young.

Building culturally and socially inviting intergenerational and nondiscriminatory environments should be the aim of an inclusive society. It makes economic sense to create greater diversity in workplaces where greater productivity is strengthened by an older population living longer and healthier lives.

We must begin to align, promote, change, and associate terminologies of ‘old’, ‘senior’ and ‘elder’ with experience, wisdom, untapped potential, and ability.